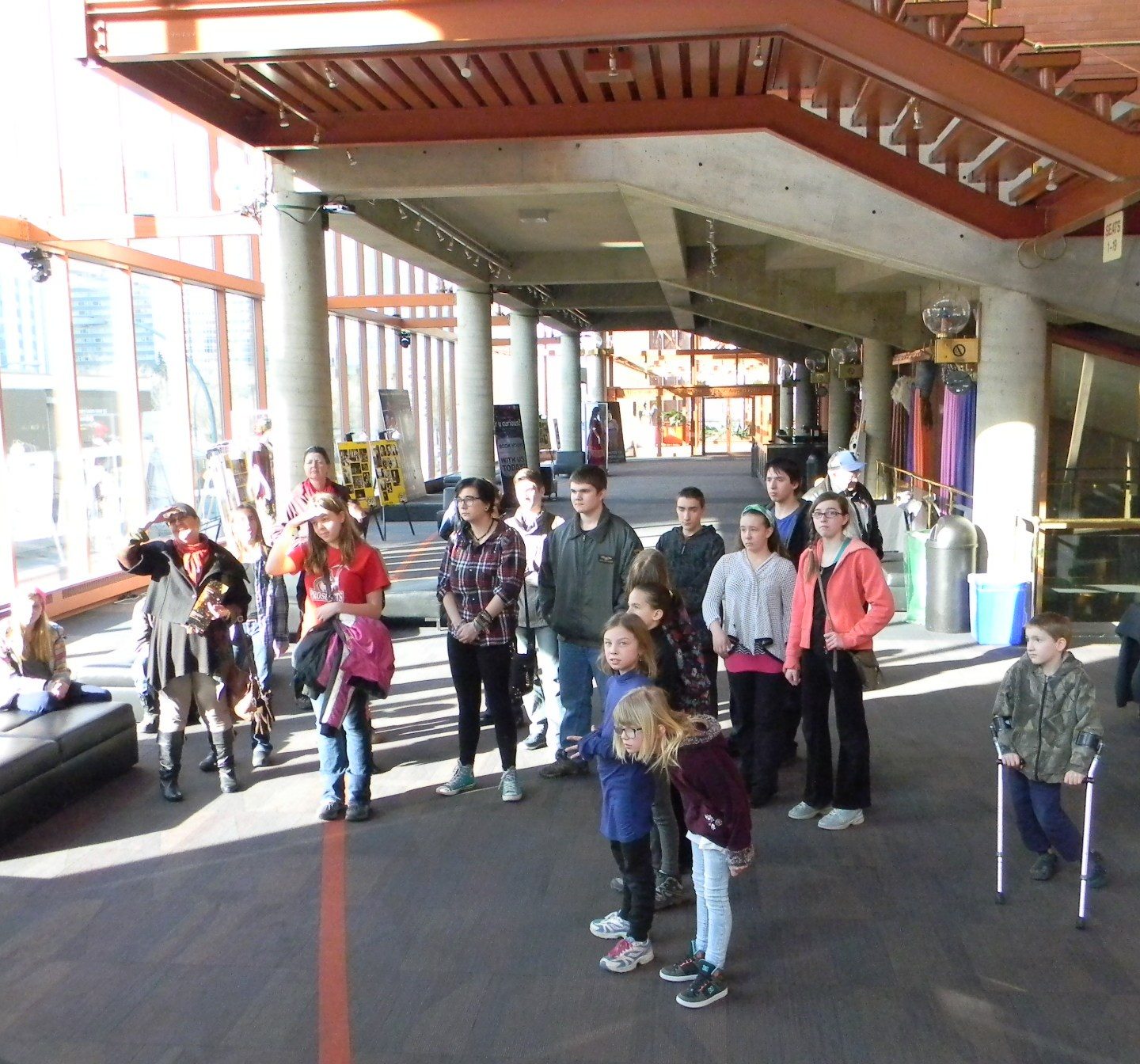 The Junior Players has been going since 2010, and a group like this doesn’t happen without a lot of work, a lot of time, a lot of commitment, and a bottom line of firm financial support.

Each year since 2013 we’ve been to a major theatre in the Edmonton area for a tour. We’ve gone backstage at the Jubilee Auditorium, wandered around in the ceiling of the Winspear and Festival Place, and created a huge hobbit village on the big screen at the Citadel. Last year we were treated to a free show at Festival Place as well as the backstage and tech tour. In the fall of 2017 we caught a show at the Lougheed Centre in Camrose.

When Showcase is over, we all get together on the following Monday for a pizza party, to say goodbye to the friends we’ve made through the season.

These tours and events are covered by the program, with no additional funds required from the students.

This course is hands down the best value in extracurricular theatre and performing arts in East Central Alberta. I haven’t increased the fees in more years than I can remember. Not all families can afford the higher fees charged by other groups, and I’d hate to think that talented students would have to be turned away for lack of funding.

However, this means I have to devote a lot of time to fundraising. I depend on the support of participants, donors and sponsors. Over the years I’ve been fortunate enough to establish good relationships with some wonderful sponsors, donors and program participants, and I’m grateful for every one.

So where does the money come from?

Our biggest sponsor of all, of course, is our audience.  Without people coming to see our annual end-of-year Showcase, we wouldn’t have an excuse to have this much fun!  Thank you, everyone.

Fees bring in enough to cover a few expenses, but certainly not everything. So where do I find the rest?

Parents and other volunteers come out of the woodwork to help the whole thing come together as we draw nearer to Showcase time. I’d especially like to thank the Klassen family for their help over the years. Deanna has been wonderful with wardrobe and other stage managerial help, and Denzyl has done lights & tech since Spy Camp Confidential in 2016.